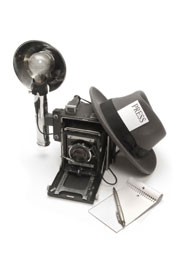 Providing it does not compromise confidentiality, Beverley Stone is pleased to be available. Please call 00 44 (0) 7711 391 583  to discuss your request.

Really TV Online, Hannah Verdier
Week commencing February 2012. Piece on How you know when your boyfriend is cheating and what to do about it. Website at: http://uktv.co.uk/really/homepage

BBC Radio 4
Interviewed by Jane Garvey on Women’s Hour with Denise Robertson about Giving Advice.
Listen to the episode of Women’s Hour

Melbourne Radio
Interviewed on 27th April 2012 6.20am about the article in the Daily Mail on how cheating at checkouts is turning us into a nation of self-service shoplifters

BBC Radio Humberside & Lincolnshire, David Burns
Interviewed on 26th Aril 2013 12.30pm by David Burns about the article in the Daily Mail on how cheating at checkouts is turning us into a nation of self-service shoplifters

91.8 Hayes FM Morning Show Brooke Burfitt
Interviewed Wednesday 30th May at 11.05am by Brooke Burfitt on Stay or Leave and finding the courage to leave unhappy relationships or to make the one you’re in more satisfying for everyone.
Click here to listen to interview

BBC London Radio, Vanessa Feltz
Friday 24th 2012, 10.20am interviewed about the pros and cons of generations living together in one house and how to improve relationships when it’s not going well. Listen again on BBC iPlayer:
http://www.bbc.co.uk/iplayer/episode/p00ntpzm/Vanessa_Feltz_Adoption_generations_living_together_and_divorced_men/

BBC Radio Solent The Kellie Martin Show
Thursday 9th February, 2.35pm interviewed on having a relationship MOT with Valentine’s Day reminding us that our relationship isn’t all candy and flowers, identifying the problems and deciding whether they’re deal breakers or solvable.

BBC Guernsey Mid-Morning Programme with Jenny Kendall-Tobias
Talking to Jenny about the 16th January 2012 Daily Mail feature article on Stay or Leave’s 6 Steps to resolving your relationship indecision. Aired on January 17th at 10.45am. You can hear it on:
http://www.bbc.co.uk/programmes/p0034m2m

Talk Radio Europe, Your Voice in Spain with Hannah Murray
Talking to Hannah about the 16th January 2012 Daily Mail feature article on Stay or Leave’s 6 Steps to resolving your relationship indecision. Aired on January 17th at 12.40pm. You can listen to it here.
http://www.talkradioeurope.com/index.php?option=com_content&view=category&layout=blog&id=59&Itemid=83

Radio Cork’s RedFM 104 –106 Victor Barry
Monday 9th January 2012 10.30am
Beverley talks to Victor Barry about celebrity marriage and divorce (Katy Perry, Russell Brand,Sinead O’Connor) and unhappy relationships generally and what to do about them. Listen at:
http://www.redfm.ie/presenters/victor.asp

BBC Humberside David Burns Morning Show
David Burns and I spoke on 3rd January 2012 about how you know if your relationship is over, what to do to improve it if you want to stay and how my approach on how to take the Big Decision and you can listen again here (I’m on at the 2.22 mark):
http://www.bbc.co.uk/programmes/p00hdcpr

BBC Coventry & Warwickshire Annie Othen Show
My second interview was on the Annie Othen show on 2nd January 2012 at 11.10am where we talked about the high January divorce rate an whether people give in too easily amongst other things. You can listen to it here:
http://www.bbc.co.uk/programmes/p00mfy69

Soul & Spirit Magazine December Issue out November 2013
Contributed techniques to feature article by Angela Kennedy on how to banish bad thoughts and think positively when things go wrong in life.

Marie Claire May Issue out April 2012
Feature article on one of my client’s who successfully resolved her relationship indecision and my humanistic-existential approach.

The Daily Mail 26th April 2012
How cheating at checkouts is turning us into a nation of self-service shoplifters.
Read more: http://www.dailymail.co.uk/news/article-2135284/How-cheating-checkouts-turning-nation-self-service-shoplifters.html

The Mirror 11th March 2012
The 10 most common causes of guilt and how to deal with them.
Read more: http://www.mirror.co.uk/lifestyle/health/the-ten-most-common-causes-of-guilt-758506

Staines Informer,Thursday 9th February.
Article on me as a local author of the book Stay or Leave?

The Daily Mail 16th January 2012
Mr Right? or just Mr Right Now?
If your relationship is in turmoil, a new book says that in just six easy steps you can work out whether he’s the one for you
By BEVERLEY STONE

You can read the two-page exclusive book extract on the Mail Online at:
http://www.dailymail.co.uk/femail/article-2087136/Stay-Or-Leave-Book-says-work-hes-Mr-Right-just-Mr-Right-Now.html

The Irish Independent
“It may be tough, but sometimes it is better to end a relationship” Beverley Stone talks to Deirdre Reynolds in a feature on her new book Stay or Leave? In relation to Katy Perry, Russell Brand, Sinead O’Connor and other celebrity marriages and divorce. Read more:
http://www.independent.ie/lifestyle/independent-woman/love-sex/it-may-be-tough-but-sometimes-it-is-better-to-end-a-relationship-2980250.html

If you’d like to read a synopsis of the book you can do so here at Issue.com:
http://issuu.com/beverleystone/docs/stayorleave

The Psychologist September Issue 2011
Towards Healthier Meetings
Sick of Meetings? Joh Sutton and Abi Millar look at psychology for a cure with chartered business psychologist Beverley Stone and others

Company Magazine September issue 2011
The One Who Didn’t Get Away
Article about how your ex keeps popping up in social networks years after you’ve split up – or how you can still seek them out – and how to deal with the feelings this surfaces. (Article written by Arabella Well)
‘How to stop falling out with friends’

The Daily Express and Express.com Saturday 23rd April 2011
I’ve lost my dog – can I have the week off, please? Article on why men find it harder to cope with the loss of a beloved pet
www.express.co.uk/posts/view/242376

Real People Magazine issue 11 23rd March 2011
The Victims Article on why some women go out with the type of conman and sociopath when on holiday that they wouldn’t be attracted to when at home (page 9).

Daily Mirror 11th March 2011
Are Cheryl Cole and Jordan unlucky in love because they’re stifled by their mums?
Katy Weitz explores this tricky issue with Relationship Psychologist, Beverley Stone and who gives the ultimate guide for maintaining a healthy mum and daughter relationship…Read more
www.mirror.co.uk/celebs/news/2011/03/11/are-cheryl-cole-and-jordan-unlucky-in-love-because-they-re-stifled-by-their-mums-115875-22980568/

The “I”
Families: Secrets and lives
Alice-Azania Jarvis considers how it can be tough discovering that the person you thought was your birth parent is no relation at all – but relationship psychologist Beverley Stone considers how it need not destroy the relationship…Read more
www.independent.co.uk/life-style/health-and-families/features/families-secrets-and-lives-2188490.html

The Mirror 5th January 2011
Family pressure, endless nights out and the stresses of Christmas and new year, can all mount up quickly to leave you at the end of your tether…Read more (article by Katy Weitz)
www.mirror.co.uk/life-style/sex-health/2011/01/05/how-to-stop-falling-out-with-your-friends-115875-22826631/.

The Independent Business Page Sunday 18 July 1993
My Biggest Mistake
Peter Scawen is vice-president of Information Builders Europe, a leading independent software supplier. MY BIGGEST mistake was not focusing enough energy on the people element of the business in the late 1980s.
In 1990, we brought in an outside consultancy, Stone Cockman Partnership (later Group Dynamics International), and started a total quality management programme…Read more
www.independent.co.uk/news/business/my-biggest-mistake-peter-scawen-1485635.html

If you only do one thing this week … learn to survive office politics:
www.guardian.co.uk/money/2004/dec/06/careers.workandcareers

It’s best to manage the boss as well as your job:
www.thefreelibrary.com/It’s+best+to+manage+the+boss+as+well+as+your+job%3B+career+mail.-a0106608920

Women bosses? Are they being judged unfairly?:
www.independent.co.uk › Arts & Entertainment