Do you suffer from the ‘Gulliver Effect”?
How you stop yourself being yourself 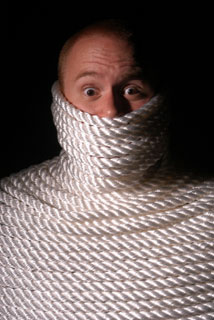 The Gulliver Effect occurs when, day after day, feeling shackled by invisible threads, we don’t speak out for what we believe in nor make our wishes clear. By over-accommodating the needs of others we don’t get what we want, whilst everybody else does.

This is what happened to Gulliver. During his seafaring expeditions, Jonathan Swift’s Gulliver is shipwrecked on an island called Lilliput. He awakes to find himself tied down by the island’s tiny inhabitants. Gulliver, being a giant to the Lilliputians, could easily have freed himself from their tiny threads, but felt unable to do so for fear of hurting the Lilliputians, being hurt himself or simply making matters worse.

Like Gulliver, do you tolerate what you know to be wrong because you make false assumptions about your rights, the rights of others and the probable outcomes of your standing up for what you believe in.

This Gulliver Effect may occur when making decisions during a team meeting at work, with your parents whilst deciding on your future or during a clash of opinions with your partner over decisions around money, work or parenting.

Do you suffer from the Gulliver Effect? Do you feel shackled by invisible threads? Do you silently disagree with the behaviour, values or attitudes of others, only to voice your real thoughts when you feel safe with those you can trust – at the coffee machine, with your best friend or in the pub with like-minded mates?

Or, do you put up with an unsatisfactory situation for too long until you finally explode, freeing yourself from the invisible threads but stressing yourself, hurting others and making matters worse in the process? When we do finally cry ‘Enough!’ just as Gulliver eventually did, we do so in such a way that is both self-destructive and destructive to others.

Maria is a wife and mother of three. Though once a participating, engaged mum, Maria has become a morose figure who is saying progressively little. Why? Because family members have exploited her accommodating nature in order to advance their own career paths. She has given in to her demanding children and husband and yet has seen no reciprocal behaviour extended to her when she tells them she wants to attend a one-year interior designer course.

So the change for the worse has occurred. She began as a generous, loving wife and mother, giving all her time to the family and everyone stood to gain what they needed from her. Then, she began to want her own time, space and career, but in the face of objections from every member of the family, she accommodated and silently went about her duties whilst loudly complaining to friends and family behind their backs. Every now and again, Maria’s frustration spills over when she unskilfully verbally attacks her children or husband.

The reason is that the home is Maria’s Lilliput. By trying for years to accommodate her family, she felt like a square peg in a round hole, and eventually got bent out of shape. Her talents are left unused. She is de-motivated, distant and unhappy.

So, if you want to avoid the Gulliver Effect and instead make your one and only life worth living, you will need to summon up the courage to break away from your old patterns, stand alone, face your fears and say what’s in your heart or on your mind. This applies whether you feel shackled by invisible ties at home, or at work. Only then will you be able to live the life you want to live.